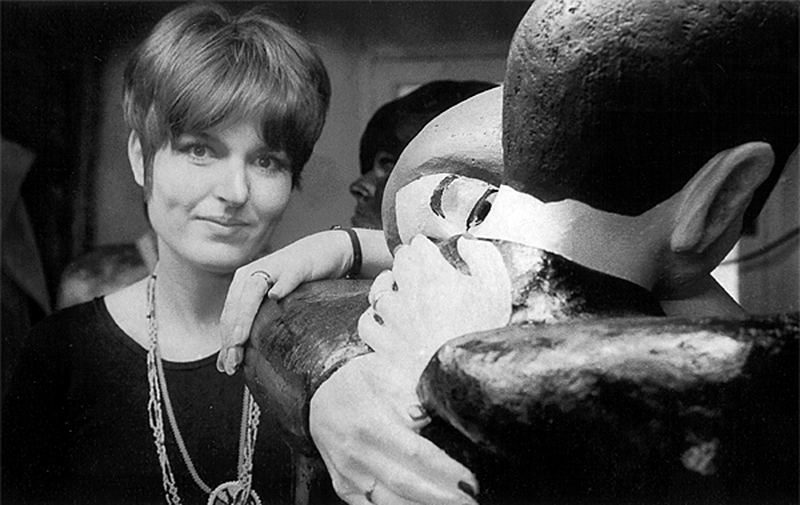 Claire Hogenkamp moved to Canada in 1946. She worked as a teacher in the 1960s and participated in several exhibitions with the Association des Sculpteurs du Québec, including Trajectoire 65 at the Montreal Museum of Fine Arts and Confrontations 67. Though she eventually traded sculpture for film, moving to the United States to work in the movie industry, she remains an important figure in Quebec sculpture during the sixties despite her brief career in the field. Her remarkably realistic series of Reclining Sunworshippers, for example, consisting of life-sized polyester figures donning real accessories (sunglasses, swim caps), were highly innovative at the time. A satire of leisure- and consumer-based society, the sculptures turned a humorous but critical eye on the stereotypical male and female attitudes propagated largely through advertising.