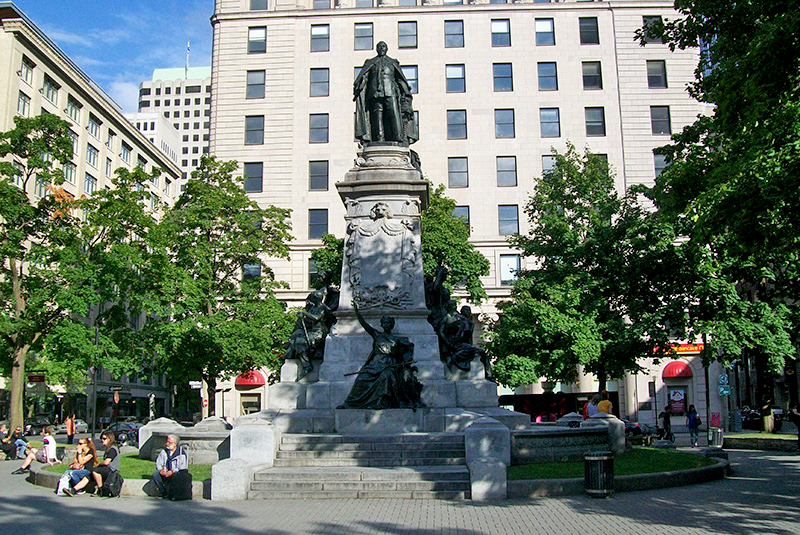 Louis-Philippe Hébert became an apprentice to Napoléon Bourassa after winning a sculpture competition in 1873. He worked alongside the prominent architect on a number of projects, notably the interior of the chapel of Notre-Dame-de-Lourdes in Montreal and the maquette for a monument to Paul de Chomedey de Maisonneuve in 1879. In 1880, after being inducted into the Royal Canadian Academy of Arts, he was offered his first official commission: a memorial to Charles-Michel de Salaberry, unveiled in 1881. Hébert sought to chronicle and immortalize the history of his country through bronze sculpture and would create many other commemorative works in various cities. He completed several statues for the Quebec legislative buildings, including the figures of Frontenac, Lord Elgin, Montcalm and Wolfe. Among his other sculptures are Paul de Chomedey de Maisonneuve (1895), Octave Crémazie (1906), Queen Victoria (1907), Bishop François de Laval (1908), Jeanne Mance (1909), Madeleine de Verchères (1913) and King Edward VII (1914).