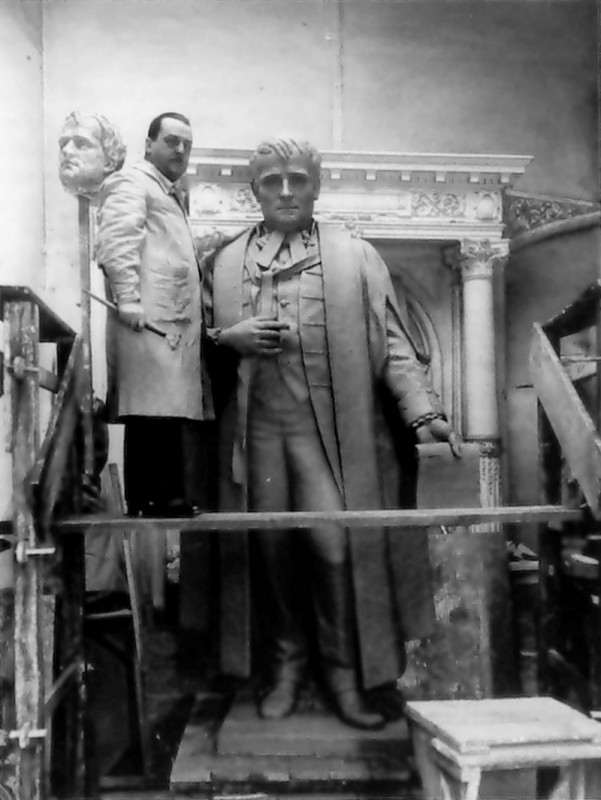 Henri Hébert was the son of sculptor Louis-Philippe Hébert (1850-1917). His monumental sculptures include a statue of Louis-Hippolyte La Fontaine, located in Montreal’s La Fontaine Park, and several important funerary monuments, notably the War Memorial in Outremont and L.-O. David in the cemetery of Notre-Dame-des-Neiges. In addition to teaching, Hébert exhibited his work regularly at the Royal Canadian Academy of Arts, the Spring Salon of the Art Association of Montreal and the Art Club of Montreal. He eventually became a propagandist of Quebec modernity and was part of the circle of friends who founded Le Nigog (1918-1919), the first avant-garde art and literature review produced in Quebec. In 1922, he became a member of the Royal Canadian Academy of Arts before founding the Sculptors Society of Canada, an organization dedicated to promoting contemporary sculpture across the country, along with Frances Loring, Emanuel Hahn, Florence Wyle and Elizabeth Wyn Wood in 1928. In 1940, he received an honorary doctorate from the Université de Montréal in recognition of his body of work.