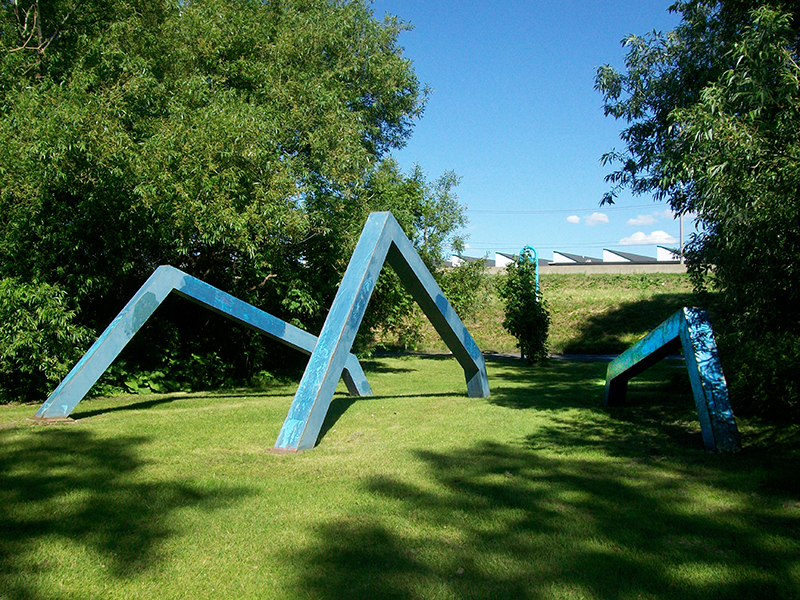 Composer, artist and writer Claude-Paul Gauthier studied artistic foundry at the École des métiers de l’Est in Montreal. An active member of the artistic community since the seventies, he has shown his work in numerous solo and group exhibitions in Quebec and in Paris such as Art Montréal (1979) and Shaman cosinusoïdal (1991), a multimedia installation created in collaboration with Pierre Dostie. In addition, he has presented musical pieces and performance art at international festivals. He served as curator of the 1972 Longueuil sculpture symposium, for which he also created a painted steel sculpture entitled Absolis; in 1978, he became a founding member of the Conseil de la Sculpture du Québec. He has written a number of critical pieces for various magazines, including for ESPACE (see below).