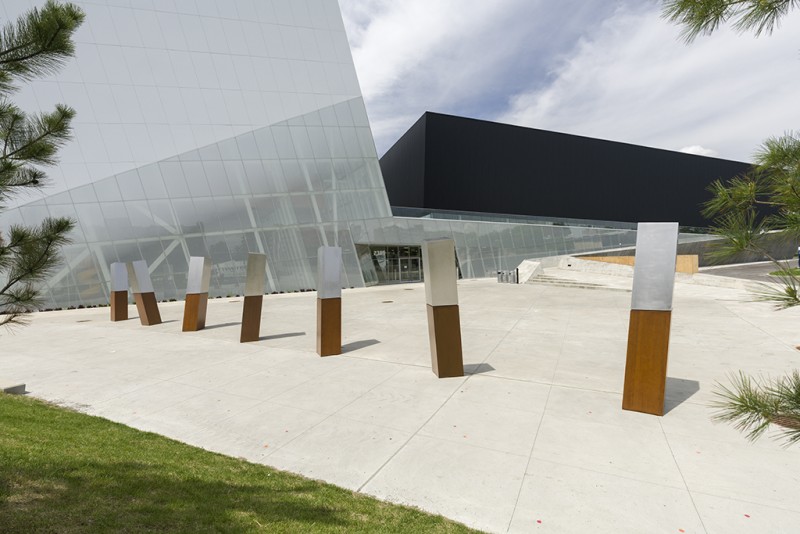 Born in Sainte-Agathe-des-Monts (Quebec), Mathieu Gaudet is an artist based in Montreal represented by Galery Roger Bellemare. As an autodidact, he first explored drawing before experimenting the medium of painting when he began studying Fine Arts at Concordia University. Between 1994 and 2018, Mathieu Gaudet made several solo exhibitions, such as Parage (2018) at the Joliette Museum of Art, … Go There by Four Ways (2013) at Galeries Bellemare and Lambert or Intimate Arrangements (1994) at Belgo building. He also participated in many collective exhibitions between 2007 and 2017, for example in France at the Montreal/Lyon Exhibition, Free Exchanges (2005-2006) presented by the Galery Mathieu or at the Center of Contemporary Art of Lower Normandy for the exhibition Table, Canvas, Tablet, Domestic Sculptures (1997). Mathieu Gaudet realises also sculptures in public spaces such as The Surroundings (2017) at the Saint-Laurent Sports Complex in Montreal or Resonance (2018) at the Judith-Jasmin School in Montreal. Many of his artworks are part of public and private collections of major artistic institutions, including the Montreal Museum of Contemporary Art and the National Museum of Fine Arts of Quebec. He also received various scholarships from the Council of Arts and Letters of Quebec, the Council of Arts of Canada and the Ministry of Culture of Quebec. Mathieu Gaudet’s artwork explores the concept of space through sculpture and installation and especially enclosed space. But since 2009, with the exhibition Shores and Surroundings at the Art Center Plein sud (Longueuil), Mathieu Gaudet opened his approach to more conceptual and minimalist horizons by working space as an environment, the installation as a sculptural landscape.