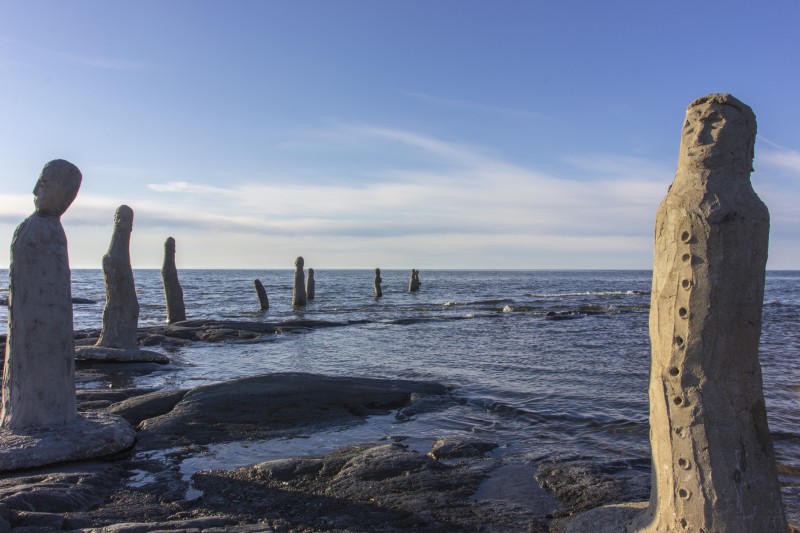 Self-taught artist Marcel Gagnon completed an internship in 1977-1978 at the Moulin des arts of Quebec City’s École Albert-Rousseau. He is best known for Le Grand Rassemblement (“the great gathering”), an installation he began in 1986 comprising more than one hundred life-sized statues. Located along the shores of the Saint Lawrence in Sainte-Flavie, Gaspésie, the figures appear to emerge from the waters of the river and are constantly transformed by the weather and tides. The Centre d’Art Marcel Gagnon grew out of the artist’s interest in painting and writing. At once an inn, restaurant, bookstore, souvenir shop and art gallery, the Centre includes a number of exhibition spaces available to artists from Gaspésie and Quebec. Gagnon received a grant from the Musée de Sept-Îles in 1982 and completed a Stations of the Cross the following year. In 2003, he was awarded the Medal of the National Assembly of Quebec for his exceptional contribution to the development of regional tourism and culture.