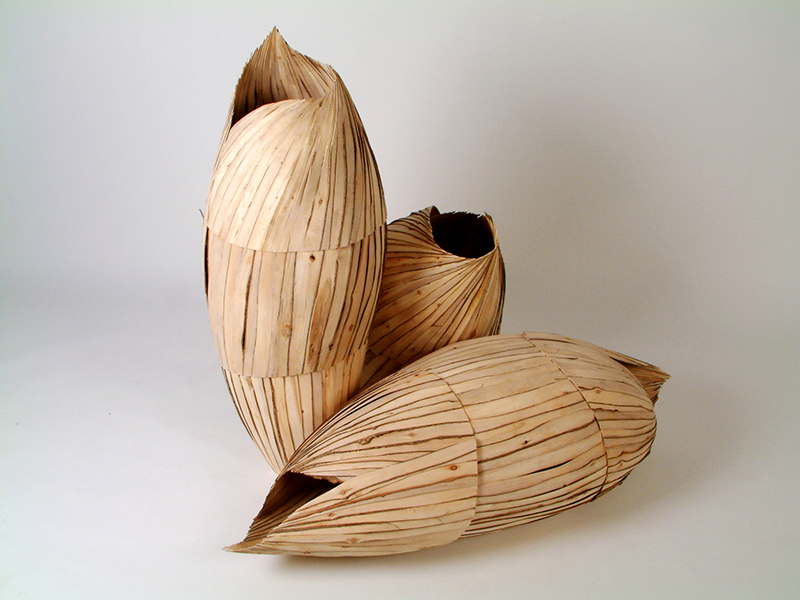 Gérard Fournier completed studies in visual arts and taught in the arts department at the Cégep de Sainte-Foy. He began his career as a painter before shifting his focus to sculpture, and his work has been shown in many solo and group exhibitions throughout Quebec. In 2014, he presented Loin des villes / Près de soi (“far from the city / close to oneself”) at the Centre d’exposition de Mont-Laurier. It featured unusual assemblages of wood reminiscent of plant and animal matter: an imaginative approach to form in which the artist’s clever methods of construction (accumulation/radiance/curves/spirals) created a dynamic world of movement.