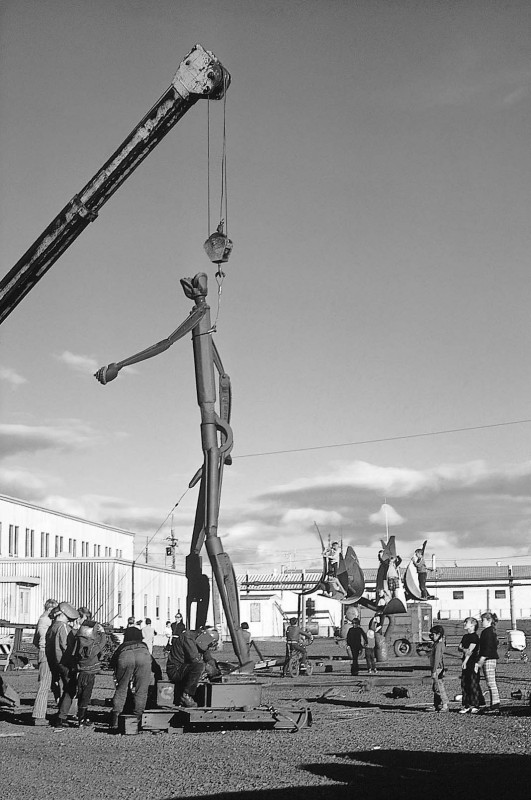 In 1970, the cities of Schefferville and Sept-Iles organized a sculpture symposium entitled New Forms of Quebec to showcase the centennial of the discovery of iron ore in New Quebec by Father Louis Babel. This provincial symposium was presented as competition, and the candidates had to submit their proposals anonymously. Out of the sixty drafts received, four were selected: those of Gérard Bélanger, Germain Bergeron, Jean-Gauguet Larouche and Lewis Pagé.