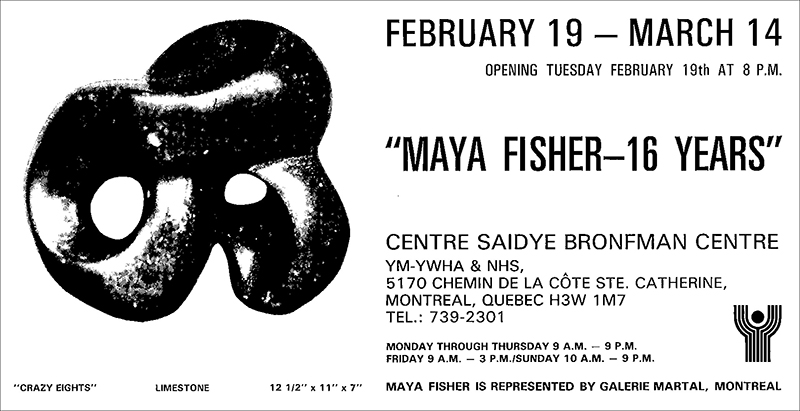 Maya Fisher emigrated from Poland to Quebec in 1937. After initially devoting herself to painting and ceramics, she discovered her revelatory affinity for stone: she was “seduced,” as she describes it, by the resistant properties of the medium, the challenge it posed, the rigour of the work it entailed and the genuine sense it gave of creating something. From 1965 to 1971, Fisher studied sculpture under Yvette Bisson at the Saidye Bronfman Centre, where she would later teach. Influenced by the work of Henry Moore and Juan Arp, she creates archetypal and biomorphic forms, both figurative and abstract, that are rooted in the universal themes of fertility, maternity, nature and the human condition.