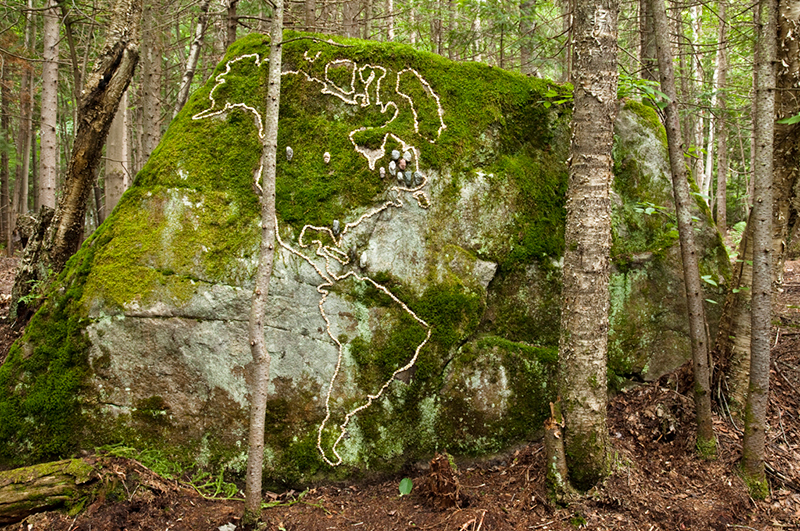 Multidisciplinary artist Suzanne FerlandL holds a BFA from the Université du Québec à Montréal. Drawn to the substance of the earth and to everyday symbols and elements that reflect spirituality, she explores sculpture, engraving and painting, creating installations that marry art with landscape while proposing new associations between sculpture and space. An active member of Atelier 213, she has also played a role in her local school system, notably serving as a resource for the Seigneurie-des-Mille-Îles school board during the organization of Printemps des arts. This event earned regional and national awards at the 2001 Prix Essor. She is also the creator and coordinator of Sentier Art3, an annual cultural event devoted to sculpture that takes place in the regional park of Bois de Belle-Rivière. Her architecturally integrated works include Libre élan for the Ultramar company.