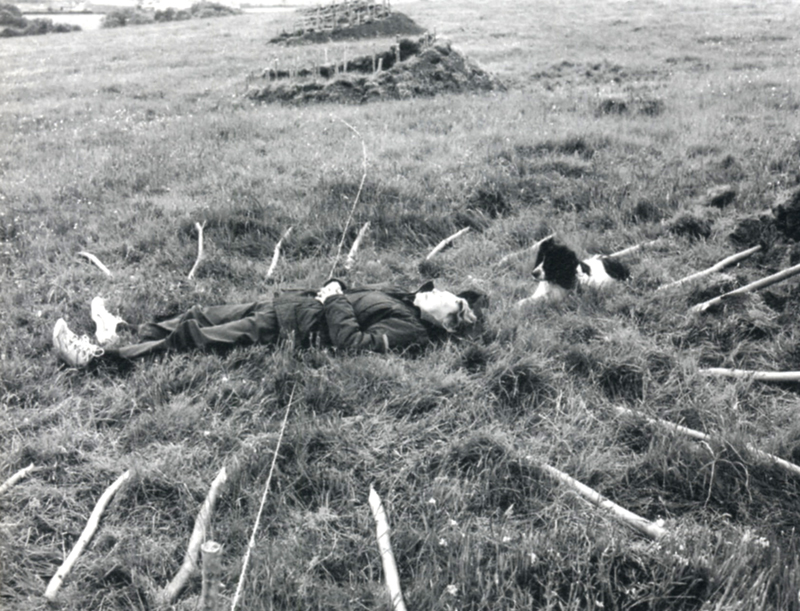 Jeane Fabb completed a BFA at Concordia University (1977), where she was a recipient of the Anne Savage Award. In 1988, she became a founding member of Boréal Art/Nature (formerly Boréal Multimédia), an artist-run centre based in the Upper Laurentians that organizes wilderness projects and artist residencies. Rooted in femininity and environmentalism, her work tended toward ephemeral installations and performance art that combined sculpture, photography, video and mise en scène in natural, isolated environments. In addition to solo exhibitions, she took part in various art events, including the symposiums Between Nature (2000) in England and Sismographe (1995) at the Galerie d’art de Matane. Among her works for the integration of art into architecture and the environment are Sept histoires (1997) at the Clairière primary school in Boisbriand and Oratorio Laurentien: Cammac (2006) in Harrington, Quebec.