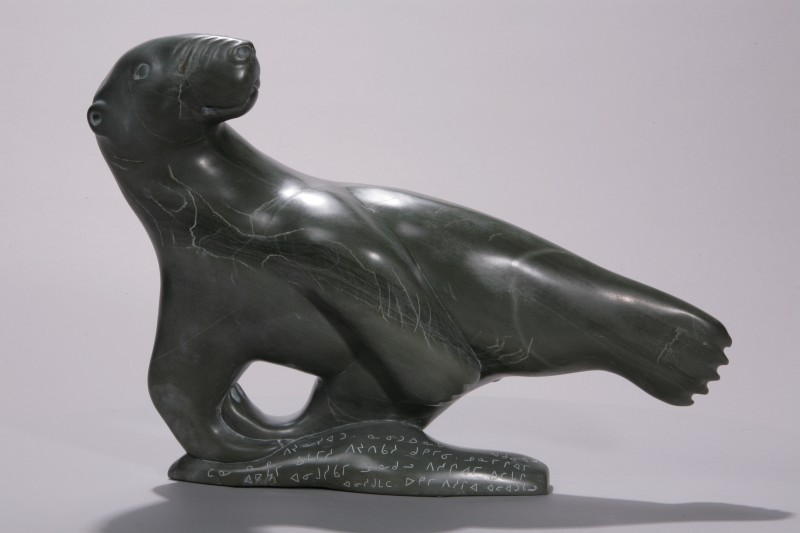 Born in a hunting camp near Inukjuak, Lucassie Echalook is an Inuit sculpture who learned sculpting techniques by watching his brother, Peter Echalook. His first pieces addressed themes such as hunting, which he later abandoned following Greenpeace campaigns against seal hunting. His recent work depicts spirits of shamanic transformation. Other pieces present alignments of faces and bodies. The features of his figures stand out because of their almond-shaped eyes and widely opened mouths. Echalook also practiced lithography and drawing, and his engravings were included in the Arctic Quebec catalogue in 1975 and the Inukjuak Collection catalogue in 1976. His sculptures were shown at the Sculpture Inuit exhibit at the Winnipeg Art Gallery in 1967. Several of his pieces are part of public and private collections in Canada and elsewhere in the world.