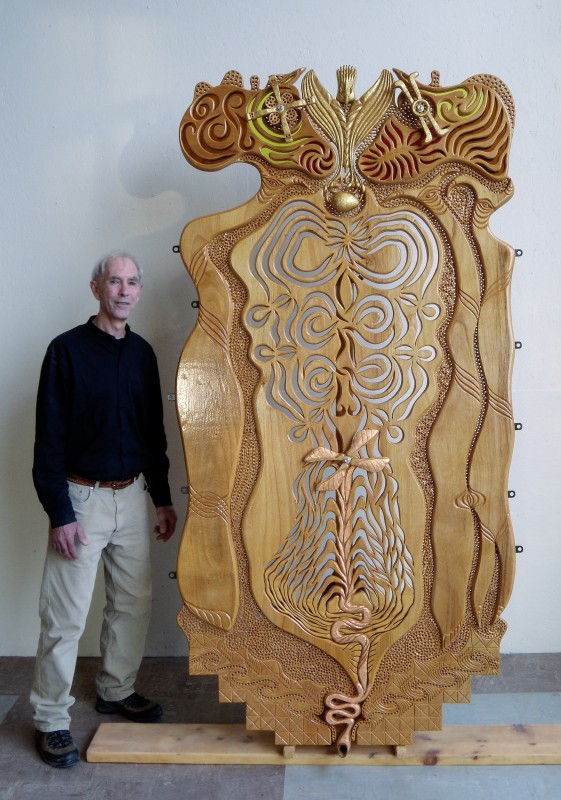 A graduate of the École des beaux-arts de Montréal (1965), Marcel Dubuc describes himself as a sculptor and fontainier (a fountain engineer). Since completing internships in England and the United States, he has been building fountains using an ecological method known as “flowforms,” in which the water is oxygenated. His work may be found at the Tchou-tchou early childhood centre, the Institut universitaire de gériatrie de Montréal and Montreal’s Institut de Santé Naturelle. He has also created murals for the Centre d’accueil Louis-Riel in Pointe-Saint-Charles and the medical centres in Maria and the Magdalen Islands (in memory of sea workers), as well as waterfall sculptures at the Hippocrates Health Institute in Florida and the Centre d’interprétation de l’eau in Île Notre-Dame. In 2007, he participated in a sculpture and fountain symposium in La Rochelle, France. In 2009, he gave a talk about his work at the 5th World Environmental Education Congress, which was held in Montreal.