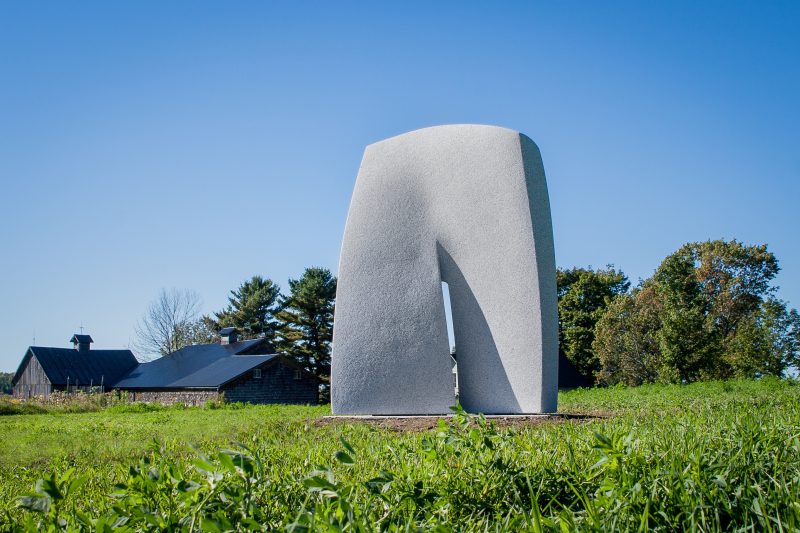 Louise Doucet attended the Montreal Museum of Fine Arts’ School of Art and Design (1960) and the École du Meuble de Montréal. From 1965 to 1967, she trained in ceramics under renowned masters at the École de poterie de Gaétan Beaudin in North Hatley as well as in Japan. Satoshi Saito holds a BA in economics from Keio University in Tokyo (1961) and pursued graduate studies at McGill University in Montreal. The pair came together in 1963, focusing initially on pottery and ceramics before extending their work to sculpture, particularly monumental pieces that combine various materials such as wood, brick, brass, sandstone and granite. Their sculptures in ancient stone, which became a principal source of inspiration, uncover layers beneath the surface of the rock, revealing forms that have been hidden since the dawn of time. In addition to participating in both national and international exhibitions, Doucet-Saito have received numerous awards, including an outdoor sculpture award at the 1998 Olympic Games in Nagano and an Award for Excellence from the City of Osaka in 2001 for environmental urban beautification. They have also completed works integrated into architecture, such as L’Énergie (1989) at Centre Hydro-Québec in Sherbrooke and Dyad (1990) at the Tokyo Metropolitan Art Space in Japan.