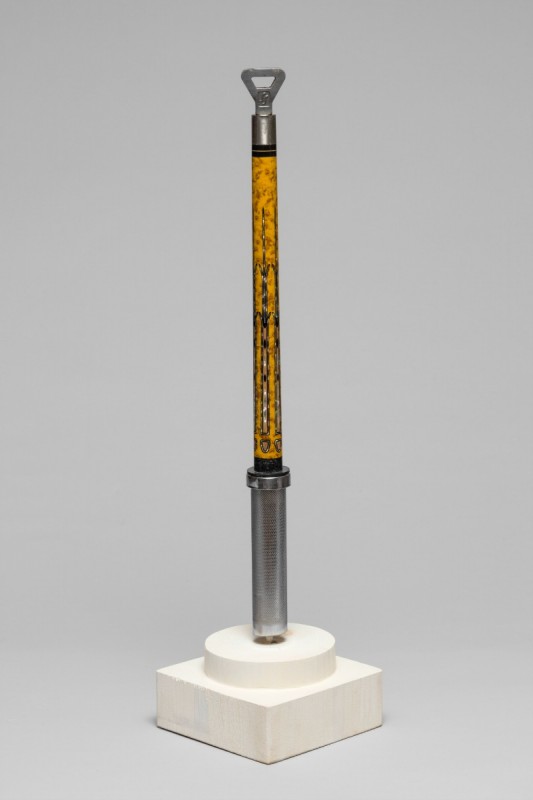 Erik Desprez creates what he calls “functional art,” displaying his work not only in museums and art galleries, but also in stores and at interior design exhibitions. At the 2003 Salon international du design d’intérieur de Montréal, he received a Prix d’excellence for a piece entitled Eskal Six. His installations combine various mediums, including paint, sculpture, video, music and dance. In 1993, for example, he presented Deus ex Machina at the Chapelle Historique du Bon-Pasteur. The exhibition aimed to construct a global stage steeped in theatricality, where the music and visual effects were intended as sensory extensions of the work. His pieces may be found in a number of public and private collections, notably at the Musée d’art contemporain de Montréal, the Laurentian University Museum in Ontario, Royal Bank of Canada, Banque Nationale in Paris and Quebecor.