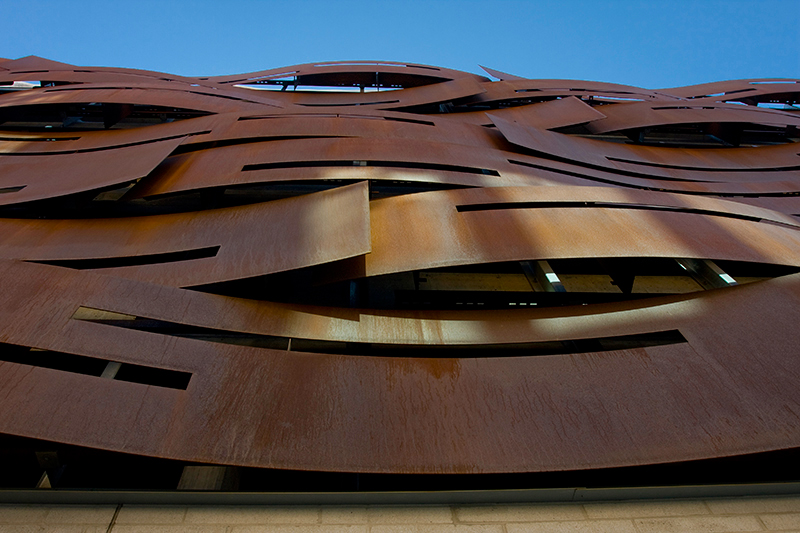 Florent Cousineau holds a BFA from Université Laval (1987) and completed various internships and seminars in papermaking from 1984 to 1989. In addition to solo exhibitions, including an in situ installation entitled Le couloir, presented in 1987 at the Musée régional de Rimouski, he has participated in several large-scale events: the Biennale de la tapisserie in Montreal, the Manif d’art in Quebec City and the Festival de théâtre de rue in Shawinigan. Known for works integrated into architecture and ephemeral urban interventions, he created the sculptural and photographic project Le sentier des baisers, located in Parc Rive-Gauche along the Saint Charles river. His architectural pieces include Mont Fudji (2012) in Saint-Bruno-de-Montarville; La Falaise apprivoisée (2006), made in collaboration with architect Pierre Martin; and Les Ateliers du roulement à bille in Quebec City. He has also served as a consultant and taken part in a number of colloquiums on art in the city and the new territories of art.