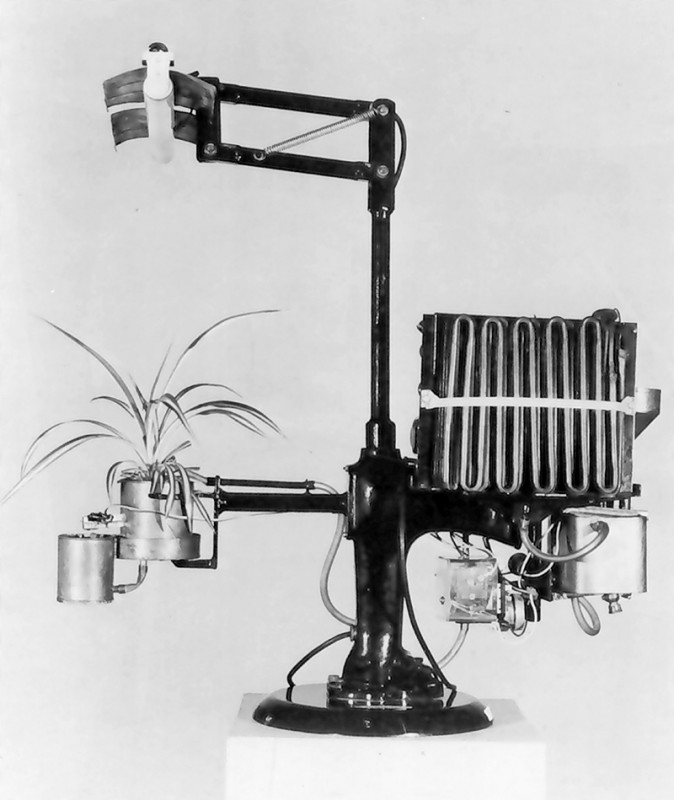 Serge Cournoyer studied at the École des beaux-arts de Montréal from 1962 to 1966, completing his first works belonging to the kinetic movement during this period. He was awarded second place in sculpture at Perspectives 67, a competition held by Toronto’s Centennial Commission, and created a sculpture for the “Le monde insolite” pavilion at Terre des Hommes in Montreal (1970). The Musée Rodin in Paris and several Canadian museums are among the establishments to have exhibited his work. Some of his pieces are also housed in the permanent collections of the Musée d’art contemporain de Montréal and the Musée national des beaux-arts du Québec. Le Goéland (“the seagull”), one of his most impressive creations, required more than three years to complete; crafted entirely by hand, it comprises a car body made from fibreglass resting on an aluminum frame and was eventually driven by the artist throughout the northeastern United States from 1973 to 1978. La nourrice (“the nurse”; 1967) is another of his major works, consisting of a sophisticated machine that “nurses” a plant.