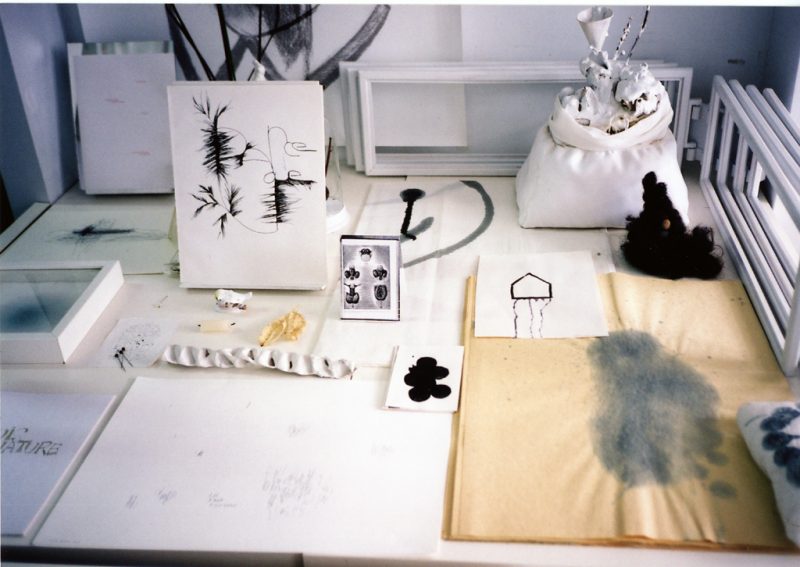 Sylvie Cotton began her artistic studies at the Cégep du Vieux-Montréal in 1979, by joining the literary studies program. She then studied photography at Concordia University (1983-1984), as well as creative writing and visual arts (1986-1987) at the Université du Québec à Montréal before completing a propaedeutic in art history (1989-1990) in order to earn her Master’s in Museum Studies (1990-1992). Founder of DARE-DARE (1985), a multidisciplinary arts dissemination center, Sylvie Cotton is an interdisciplinary artist, particularly interested in action art. In this perspective, she mainly uses performance and installation, to establish a space for collective exchange. She also uses drawing, sculpture and writing in her work. Residencies have become important aspects in the artist’s creative process from which most of her exhibitions result, including those at the Clark center and SKOL (Montreal), at the 3e Impérial (Granby) and at the Centre Est-Nord-Est (Saint-Jean-Port-Joli). Some of her artwork has been acquired by the Musée national des beaux-arts du Québec, by Archivio Sturani in Rome as well as private collections in Quebec, the United States and Europe.