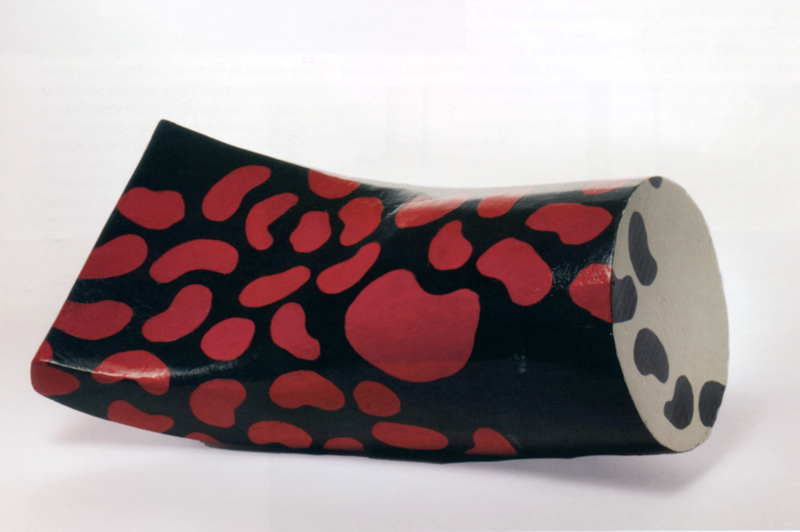 Ulysse Comtois attended the École des beaux-arts de Montréal in 1949-1950, eventually becoming part of the Automatiste movement. In 1961, after concentrating primarily on painting, he exhibited his sculptures for the first time at the Montreal Museum of Fine Arts. He later placed second in the sculpture category of the 1965 Concours artistique de la Province de Québec before representing Canada at the 34th Venice Biennale in 1968. He was awarded the Prix Paul-Émile Borduas in 1978, followed by the Prix Louis-Philippe-Hébert in 1991. Comtois’s career as a sculptor unfolded in several stages: after completing a series of welded metal sculptures (Clair de Lune, Machine à echo), he experimented with a variety of other mediums (stone, marble, wood) before arriving at aluminum. This would emerge in the sixties as one of his principal materials, notably through the series Colonnes and Oiseaux (or Bidules). These featured “transformable” columns (1967-1974) comprised of aluminum plates stacked along a vertical shaft; the bars could be shifted to change the silhouette of the entire structure. Comtois would return to painting from 1975 onward, pursuing research into movement similar to the spatial theories of Piet Mondrian.