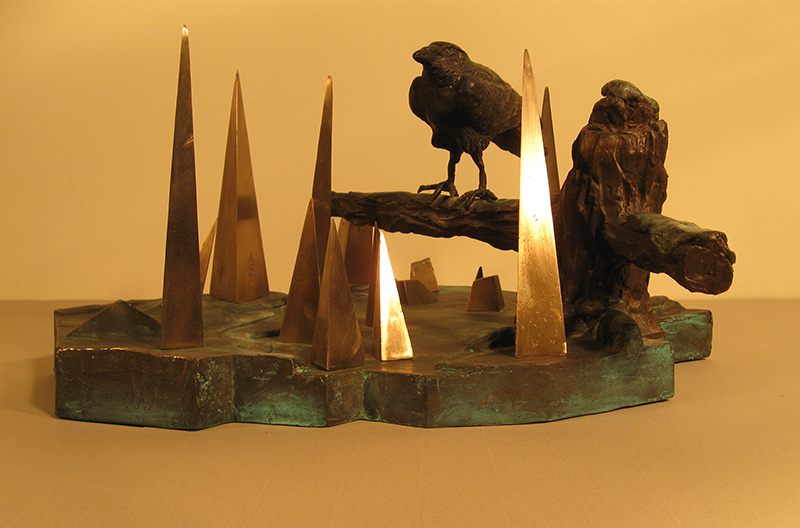 François-Xavier Cloutier was a member of Transition, a group of students from the École des beaux-arts de Montréal, when it held a sculpture symposium at a park in Longueuil during the city’s 1972 summer festival. His contribution was entitled Cubes et tubes, an immense structure of painted steel weighing more than two tonnes. In 1978, he became a founding member, and later treasurer and coordinator, of the Conseil de la sculpture du Québec, an organization that took the place of the Association des sculpteurs du Québec when it was dissolved in 1974. He also led a metallurgy and foundry workshop in the sculpture department of Concordia University.