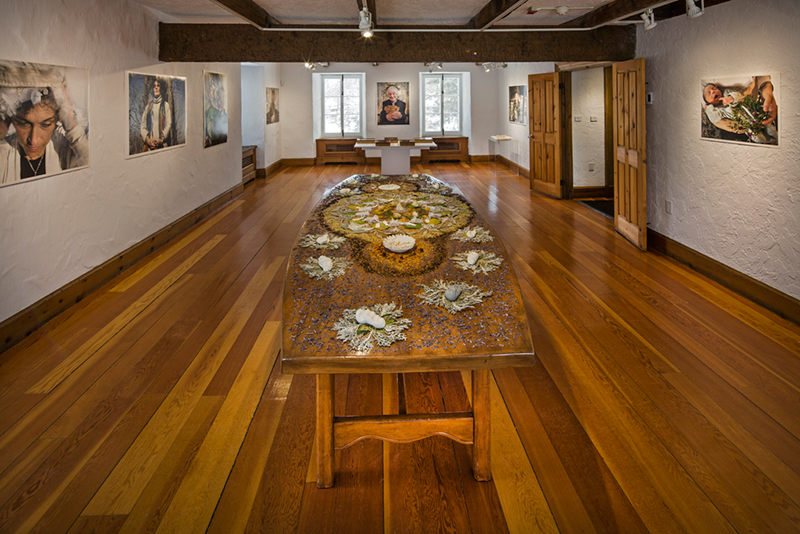 From 1983 to 2009, Thérèse Chabot was an arts professor and the coordinator of the ceramics department at Concordia University. She participated in the Boréal Art/Nature residency program in 1998, and her work has been exhibited in Canada, the United States and Mexico, as well as in sacred spaces in Europe as part of Contemplations on the Spiritual. There is a direct relationship between Chabot’s work and the plants used to create her immense floor installations, which resemble vast quilts made entirely of flowers. These arrangements are profoundly connected to their surrounding space, but equally symbolic of impermanence and the fragility of existence. Since 2007, Chabot has been exploring ancient techniques in the use of porcelain, such as lithophane images and casting moulds, and applying them to contemporary practices. She began writing a monograph in the wake of an exhibition entitled La fragilité du toujours, held in 2011 at EXPRESSION, Centre d’exposition de Saint-Hyacinthe. Published in 2013, Majestueuse fragilité chronicles the thirty-five years of her career.