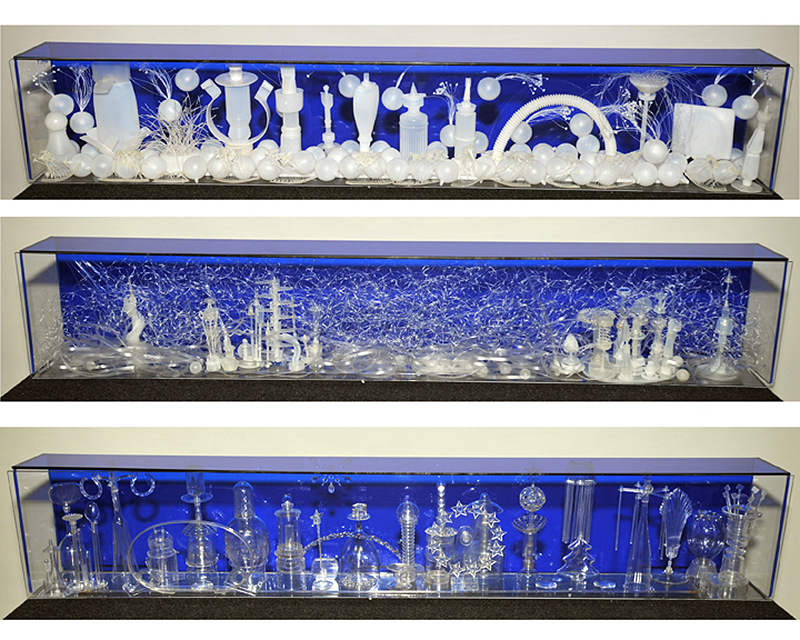 Diana Boulay studied at the Montreal Museum of Fine Arts’ School of Art and Design (1974-1975) and holds a BFA from the Université du Québec à Montréal (1981). For forty years, she has focused her work on the environmental issues affecting our society: addressing topics such as animal rights, acid rain and the threat of nuclear arms, she creates installations using non-biodegradable plastics that are sorted by colour into boxes. A pioneer in the art of salvaged plastic, Boulay has frequently presented her work in Quebec, in Canada and across the United States. She was a guest artist at the 2008 Fuerteventura International Sculpture Symposium in Spain and has received several awards, mentions and scholarships. Her work can be found in a number of private and public collections.