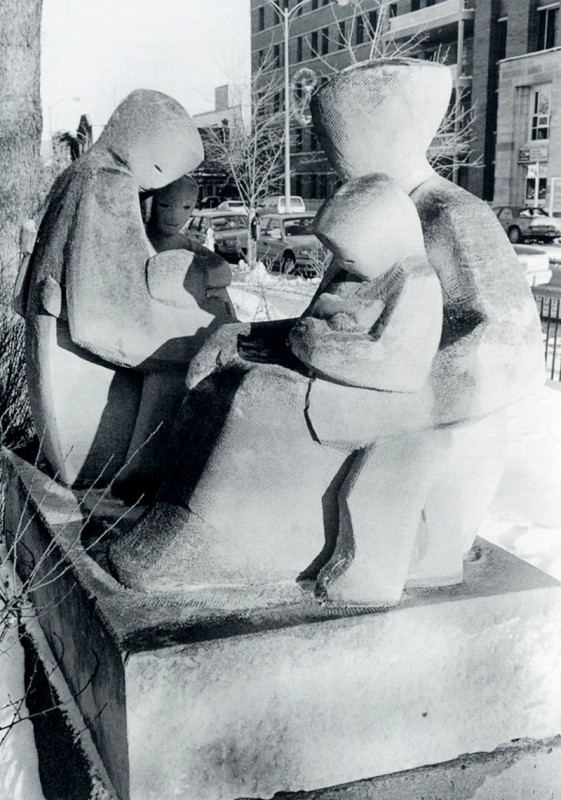 Ordained as a priest in 1943, Maximilien Boucher studied at the École des beaux-arts de Québec from 1954 to 1958. A sculptor, painter and teacher, he was both an organizer of the 1966 Symposium de Joliette and a participant, presenting a piece entitled La famille. He was honoured by the Société nationale des Québécoises et Québécois de Lanaudière with the creation of the Prix des arts Maximilien-Boucher, an award that honours the exceptional contribution of an artist. In 2012, Boucher’s work was included in the exhibition 19 artistes professionnels d’origine lanaudoise (“19 professional artists from Lanaudière”), organized by the Musée d’art de Joliette.