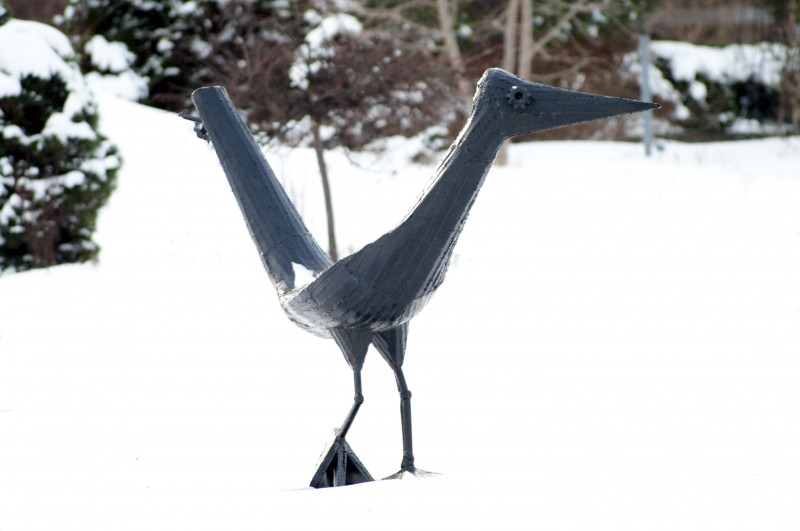 Paul Borduas was the son of Paul-Émile Borduas. He completed extension courses at the École des beaux-arts de Montréal and held his first exhibition in 1964 at the Université de Montréal’s Social Centre and at Galerie Agnès Lefort. An assistant technician at the Symposium du Québec in 1965, Borduas was one of the sculptors invited to the Symposium de Joliette the following year, producing an Abstraction in steel that would cause quite a stir at the time. His large sculptures include a monument made in collaboration with Jordi Bonet and architect Jacques Folch-Ribas consisting of eighteen cement monoliths along the Ottawa River. He also produced Oiseau (1961), which stands at the Montreal Botanical Garden; made from sheets of steel, the sculpture is based on a drawing by Vittorio.