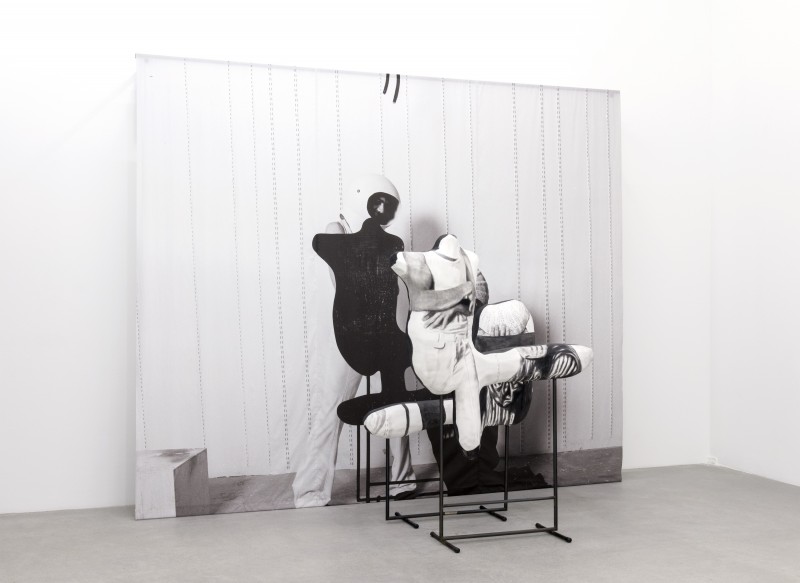 Born in Chambly, Quebec, Valérie Blass holds a bachelor’s and master’s degree in visual and media arts from the Université du Québec à Montréal. Devoted to an artistic career mainly concerned with sculpture, Blass explores diverse territories through which she juxtaposes animal, human and inanimate forms. The result: the creation of strange, hybrid objects that combine abstraction and figuration, often with a touch of humour. Her use of both noble and trivial materials together in one piece often surprises the viewer. Intent on creating complex and enigmatic sculptures, she modifies techniques traditionally associated with this medium, such as moulding, modelling, assemblage and bricolage. Towards the end of the 1990s, Blass began exhibiting work in various locations in Quebec, Canada and abroad. Notable among her solo exhibitions are Le regard des animaux, shown at Dare-Dare (2001); Valérie Blass, an exhibit at the Musée d’art contemporain de Montréal (2012), and Théâtre d’objets, shown at Parisian Laundry (2014). The artist has also participated in a number of collaborative exhibitions, including the Musée d’art contemporain de Montréal’s first Triennial in 2008 and Chimères/Shimmers, presented in 2011 at the Musée national des beaux-arts du Québec. Outside of Canada, Blass took part in the 2014 exhibition Oh Canada: Contemporary Art from North America at the Massachusetts Museum of Contemporary Art. In Germany, she participated in Berlin’s Traces of Life exhibition (2013). The same year, her work was shown at the Istanbul Biennial and at the Art Gallery of Alberta. Her pieces also belong to several corporate and private collections across Canada, the United States and Europe. Valérie Blass has, to date, received several awards, including Montreal’s Louis-Comtois Award (2010), the Victor Martyn Lynch-Staunton Award (2012) and the Ozias-Leduc Award (2016).