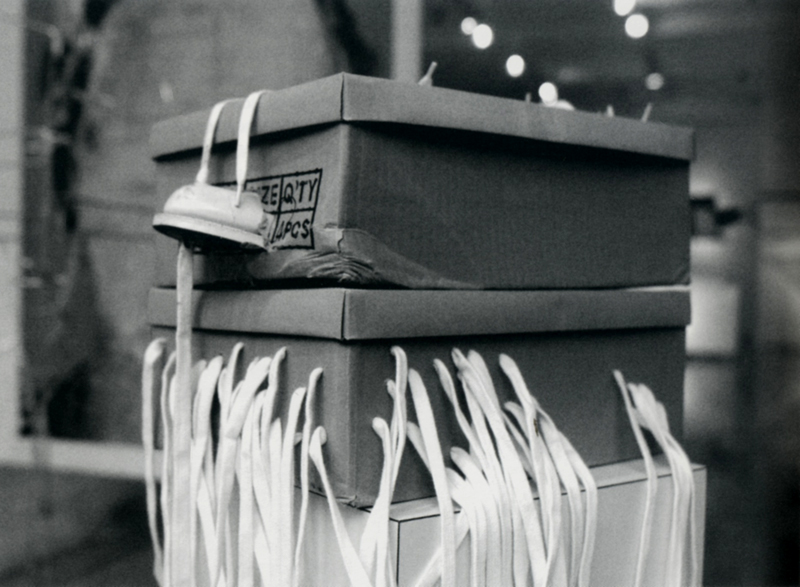 Guy Blackburn holds a BFA in visual arts from the Université du Québec à Chicoutimi (1982). He taught there as well as at the Cégep de Chicoutimi for two years, and later founded Insertion, a workshop for installation art research, with Jean-Pierre Harvey and Yves Tremblay. With works that combine photography, drawing and sculpture, Blackburn deals in particular with scientific, social and political issues. In 2000, he participated in Singular Fissions, an exhibition at Canada’s Cold War Museum, which is located in the former antinuclear bunker constructed by the Canadian government in the late fifties in Carp, near Ottawa. The site also goes by the ironic and humorous name of the Diefenbunker, for it was constructed while John Diefenbaker was Prime Minister. Because Singular Fissions sought to present installations related to the location, Blackburn decided to symbolically link together the bunker’s four floors with four works in four spaces, thereby creating a sense of communication within an underground building devoted in essence to confinement and isolation. In 2005, Blackburn received the Prix du Conseil des arts et des lettres du Québec en région.