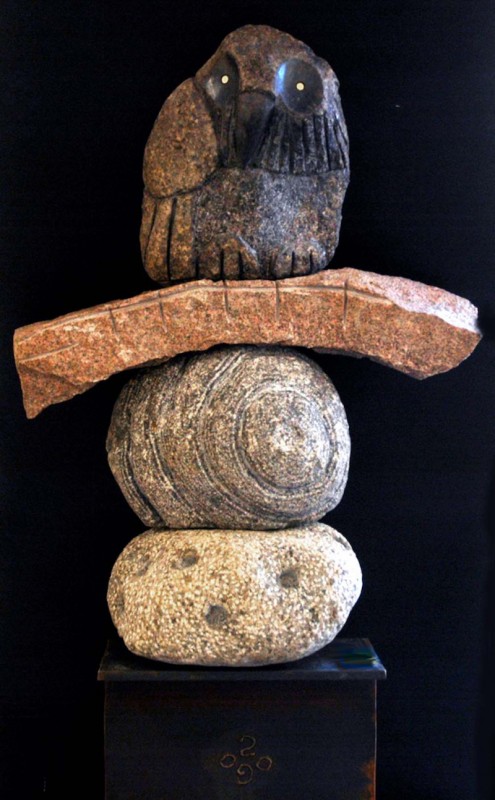 Born in Val-Morin, Quebec, Jean Bisson Biscornet is a sculptor, artist and self-taught drawer of Iroquois descent. His interest in ceramics and the art of sculpture began in 1989 while traveling for research in France. There, Bisson Biscornet met the Hungarian sculptor Pierre Székely (1923-2001) who would later teach him the art of ceramics. Upon returning to his Quebec home in the Laurentians, he became increasingly interested in making monumental pieces. He also works with clay, creating many pieces of traditional salt-glazed pottery with his wife. He uses a wide variety of materials in his work, ranging from earth to metal. For his sculptures, he uses a Precambrian stone from the Canadian Shield township of Morin. He takes subjects from everyday life, which he represents as a whimsical vision symbolizing the world. Starting in the 1990s, he participated in several symposiums on stone sculpting in Canada and abroad, including Matran in Switzerland (2009) and Saint-Faustin in Quebec (2007). In 2015, one of his pieces was chosen for the new Canada House in London.