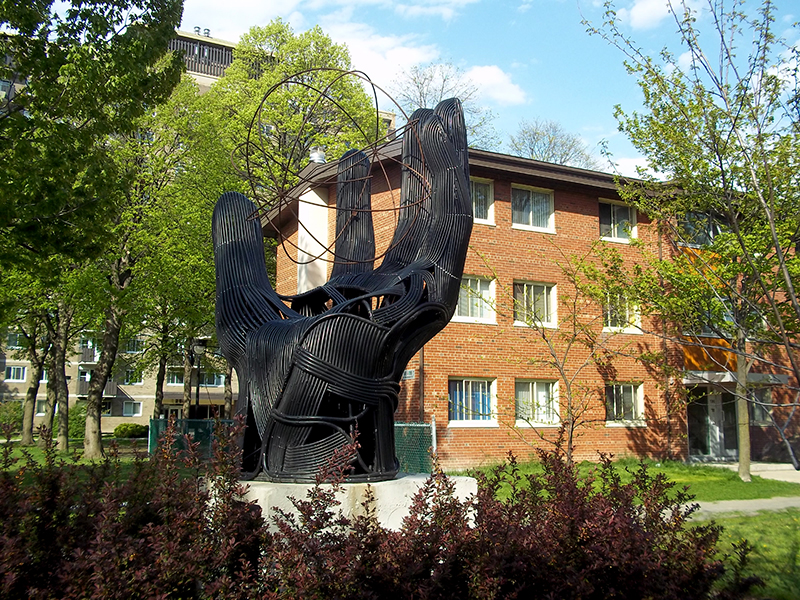 From 1975 to 1980, Daniel-Vincent Bernard worked in the studio of Jordi Bonet before completing a visual arts degree at the Université du Québec à Montréal. In his work, he explores the vast potential of metal by creating shadows through the use of filled and empty space and by producing different kinds of patinas; as illustrated in what the artist has termed “explorations hippiques” (“equestrian explorations”), the horse has proven a particularly effective subject. He has also worked in humbler mediums such as metal wire, coaxial cable and recycled materials. In addition to numerous solo and group exhibitions, including Chimère at the Maison de la Culture du Plateau Mont-Royal and Explorations hippiques II at the Musée des beaux-arts de Mont-Saint-Hilaire (2011), Bernard has taken part in many projects for the integration of art into architecture, created sculptures for cinematic productions (the movie Veritas, for example) and completed works for the 2000, 2001 and 2003 editions of Mosaïcultures Internationales de Montréal.