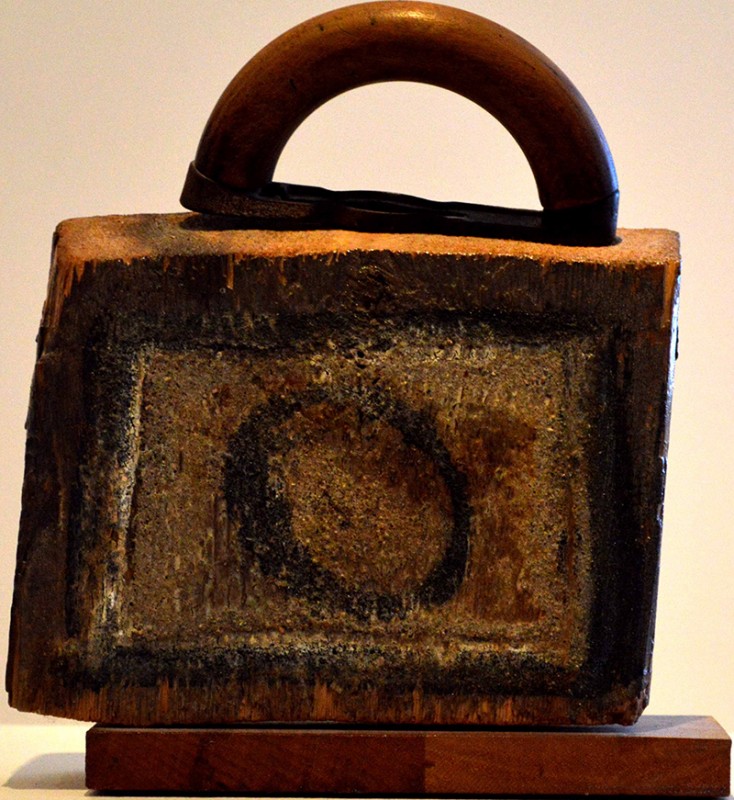 Pierre Bellemare has been exhibiting his work since 1972. In 1989, he presented Exposition Bleu et Orange, in which found objects, assembled with great economy of means, turned a critical gaze upon the nature of artwork and thus upon its viewer. In 2003, commissioner Pascale Beaudet invited Bellemare to hold an exhibition at the Musée de Lachine entitled Au plus profond du repos. The artist immersed viewers in a ritual, one of a creator filling the space with an ephemeral work in which human beings converge. Using material such as cement, wood, rubber and India ink, he maintains that his work stems more from art brut (“raw art”), or Outsider art, than from abstract art. Bellemare also runs a workshop for the Fondation des impatients in Montreal, which helps people suffering from mental illness.