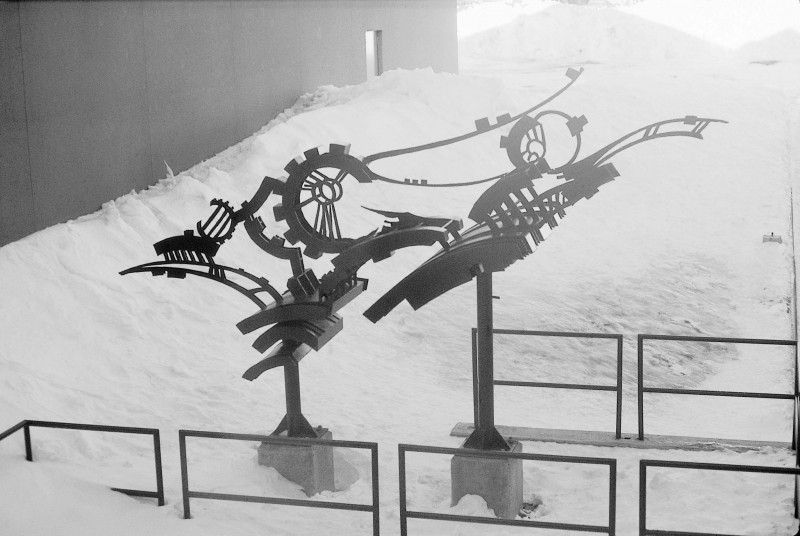 Self-taught painter and sculptor Gérard Bélanger completed various advanced training courses in France and the United States. In 1987, he established the Fonderie d’art d’Inverness, the bronze medium awakening his profound desire to communicate with his contemporaries and with future generations. Bélanger has exhibited his paintings and sculptures across Quebec as well as in Vancouver, the Bahamas and Tokyo. He has also produced numerous projects for the integration of art into architecture program, including the doors of the Musée du Bronze d’Inverness and those to the garden at City Hall in Quebec City. Featuring curved forms, his ethereal bronze figures, their bodies accentuated in contrast to smaller, subtler limbs, bring to mind the Venus of Lespugue. Bélanger has been a member of the Royal Canadian Academy of Arts since 2000.