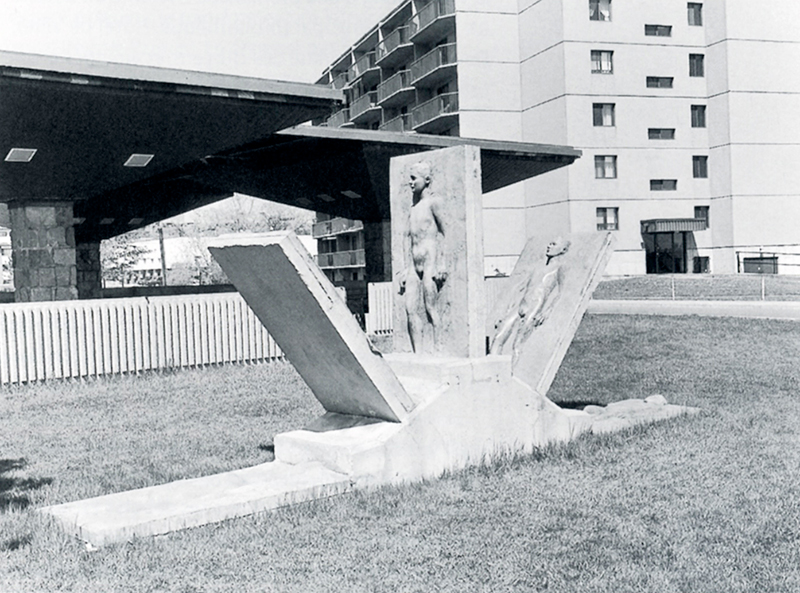 Born in Arthabaska, André Bécot has lived and worked in Quebec City since 1972. After studying at the École des beaux-arts de Montréal (1967) and at the Université du Québec à Montréal (1972), he got a job as a professor of fine arts at Cégep de Sainte-Foy. He was also teaching at Université du Québec à Trois-Rivières in 1976-1977and at Université du Québec à Chicoutimi from 1980 to 1983. In his practice, he explores several techniques such as ceramics, moulding, casting, metallurgy and computer graphics. In 1989, he was chosen to represent Quebec at the Jeux de la francophonie de Rabat in Morocco and received a silver medal for sculpture. His work is concerned with the principle of construction, combining tension and compression.