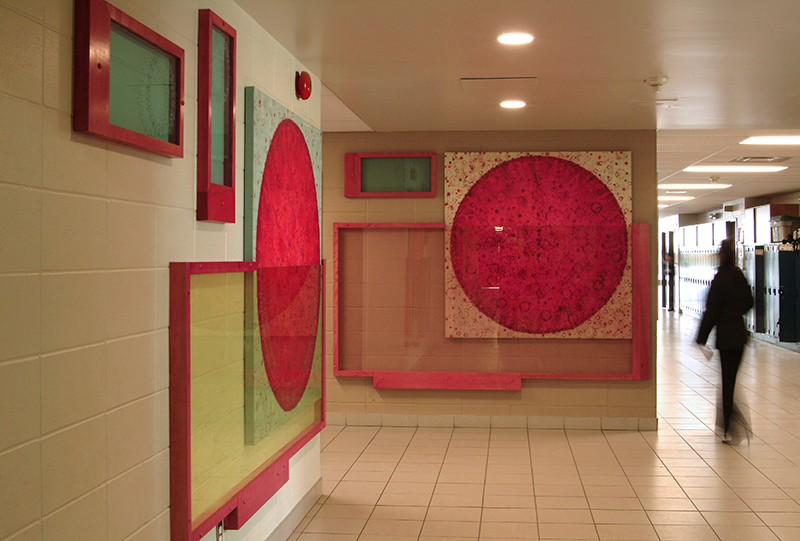 Claire Beaulieu received an Honours BFA from the Université du Québec à Montréal in 1982 and an MFA in 1990. In addition to teaching at the Université du Québec à Hull (1991-1994) and at various Cégeps, she has produced several works for the integration of art into architecture program, including at Children’s World Academy (2004), the École Perce-Neiges (Montreal, 2003), Father Dowd Chapel (Montreal, 1999) and the École Léopold-Carrière (Coteau-Landing, 1991). Beaulieu’s work has been exhibited in San Francisco and Chicago, as well as at the Roswell Museum in New Mexico (2001). She has completed several international artist residencies, such as the prestigious Villa Montalvo program in California. She also stayed at the Quebec studio in Basel, Switzerland, for a year. Her research fuels her constant desire to uncover the mystery and secrets concealed beneath appearances.