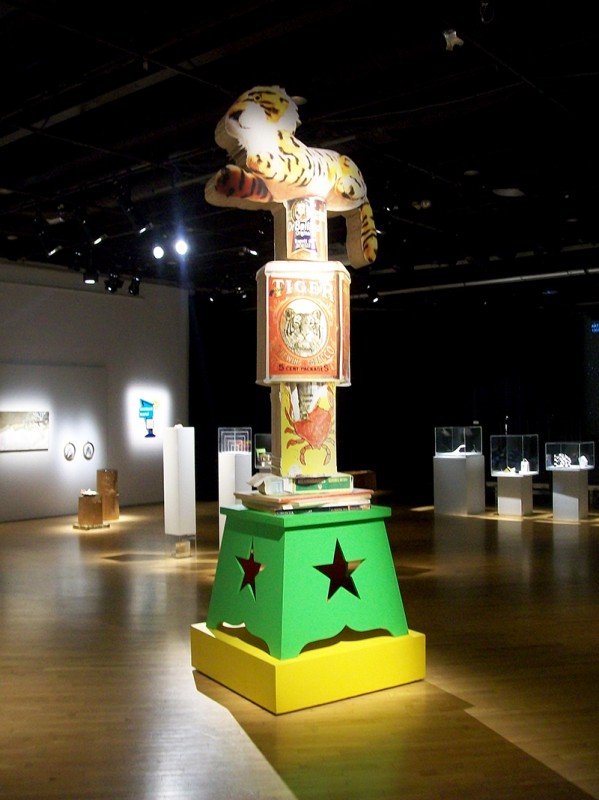 In 1963, Pierre Ayot studied printmaking at the École des beaux-arts de Montréal with Albert Dumouchel. He himself taught at the École des beaux-arts de Montréal from 1964 to 1972 and then at the Université du Québec à Montréal from 1972 to 1995. In 1966, he founded Atelier libre 848, which would become the Graff centre de conception graphique in 1972. He was also a founding member of the group Média, gravures et multiples and of the Association des graveurs du Québec (association of Quebec printmakers). In his work, Ayot sought to question the ideological precepts of modern art. In the mid-1960s, he gave up abstraction and filled his lithographs and silkscreen prints with references to popular culture in the spirit of Pop Art. In 1968, with Vite,vite un Kleenex, then Take one and pay to the cashier, he used collages of three-dimensional objects to extend the two-dimensional works from their frames. According to the artist, this was not to deceive viewers but to make them aware of the principles of art and the variable and arbitrary nature of representation. In 1980, Ayot created a piece at the Musée d’art contemporain de Montréal entitled Chantier, the first in which he truly took over a space. His Museum Circus series, which was presented in its entirety at the Musée du Québec in 1993, is made up of columns of stacked books, architectural elements and objects – contemporary totems that combine erudite culture with popular culture. With of all his explorations, his work can be seen as a combination of Pop Art, conceptual art, the sculptural object, the environment and installation art. In 1996, the Pierre-Ayot Prize was created in his memory by the City of Montreal in collaboration with the Association des galeries d’art contemporain (AGAC). This prize, which promotes the excellence of new visual arts creation in Montreal, is awarded annually to an artist under 35 years of age at the beginning of his or her career.