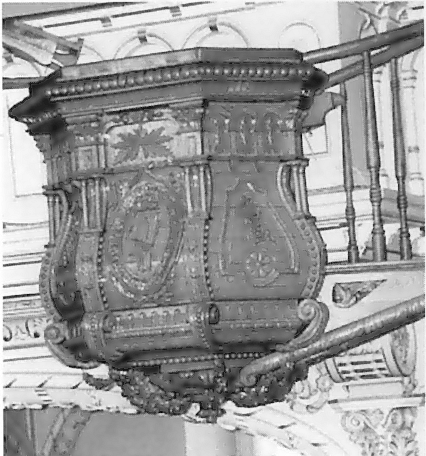 Henri Angers was a sculptor of wood, a maker of statues, ornaments and casts, and a restorer of old sculptures. He served his apprenticeship with Louis Jobin and in the workshop of David Ouellet in Quebec City. He also studied at the Académie royale des beaux-arts d’Anvers from 1895 to 1897. On his return home, he set up a workshop in Quebec City that he ran until 1953. He sculpted mainly religious works such as Ange à la trompette 1903 (Angel with Trumpet) for the Saint Augustin de Desmaures cemetery and Sainte Anne à la Vierge (St Anne with the Virgin Mary) for the Basilica of Sainte-Anne de Beaupré.