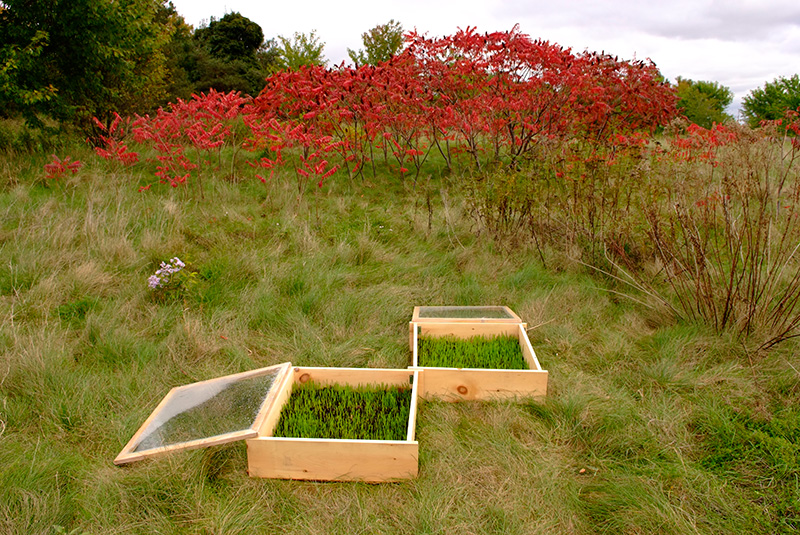 In the 1980s, Danyèle Alain studied at Concordia University and at the Banff School of Fine Arts, and she also attended intensive workshops in painting and drawing with Seymour Segal. For several decades she was associated with the artist-run centre 3e Impérial in Granby, where she soon gave up working in traditional mediums and took up a multidisciplinary approach, particularly in public art projects for outdoor sites in which the exploration process and relationship to place take precedence. In this context, the work is more of an intervention or a ritual and less a finished object, less an end in itself. This is a way of giving an artistic gesture other implications and dimensions. The work leaves the studio and conventional exhibition spaces and appears in places where the public does not necessarily expect it. Alain revisits the concept of art/nature while instilling it with a new dynamism: she has introduced the notion of art and rurality, allowing for a different understanding of the presence of art in what are considered “regions,” away from large urban centres.