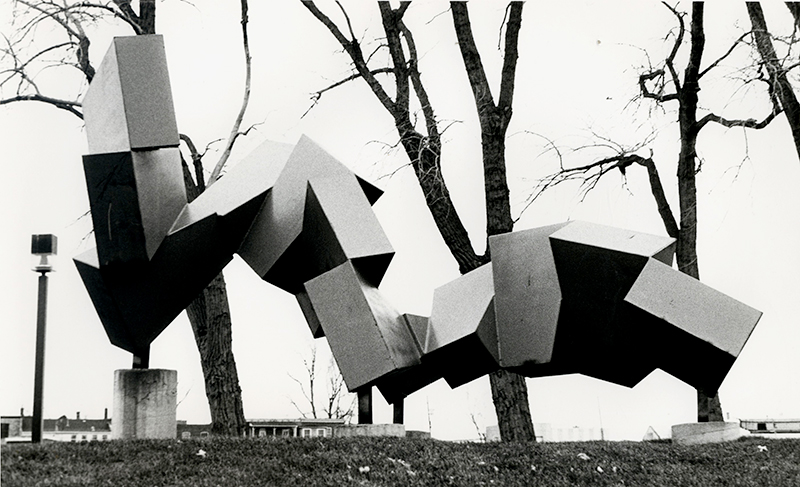 After studying art at the Université du Québec à Montréal and the Centre d’infographie du Québec (between 1981 and 1983), Robert Nepveu took part in exhibitions and symposiums in Mexico and throughout Quebec. Skilfully making use of the physical properties of his materials, he creates objects inspired by natural phenomena. In the 1990s, he began working with Cree artists on diverse projects that eventually brought him to northern Quebec. Nepveu creates geometric, totemic sculptures of wood, steel or granite; his repetition of rectangular fragments plays upon notions of filled and empty space, as demonstrated in the Agglomération series he produced in the 1990s. In recent years, however, his sculptures have tended toward the deconstruction rather than the formation of forms. This is particularly true of his monumental works, which pay little heed to equilibrium, such as Force et progrès, a sculpture completed for the 1985 symposium Lachine, Carrefour de l’art et de l’industrie (“Lachine, crossroads of art and industry”) and presently located in Lachine’s Monk Park.