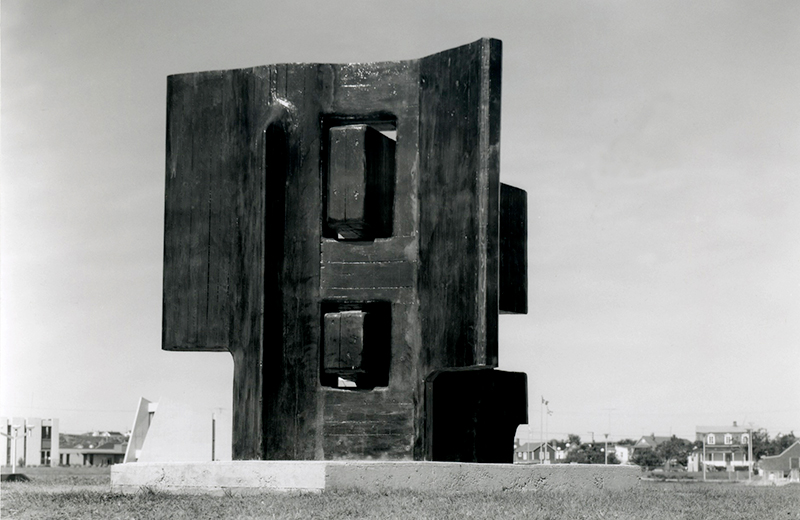 Alongside Robert Roussil and Armand Vaillancourt, Pierre-Roland Dinel is considered one of the pioneers of abstract sculpture in Quebec. He was a student at the Académie Frontenac before studying cabinet-making, sculpture, mechanics and industrial drawing at the École des arts et métiers. In 1953, he was among the artists who created the Place des Arts public workshop, the first to bring together artists from various disciplines. In addition to teaching, he took part in many group exhibitions, including the Salon du Printemps de Ville Saint-Laurent in 1959. He was invited to the Symposium de Joliette in 1966 as well as the Symposium de Matane in 1975. He created several monumental sculptures, notably for L’Achigan secondary school in Saint-Roch-l’Achigan (1971) and the Augusta Museum in Maine (1973).