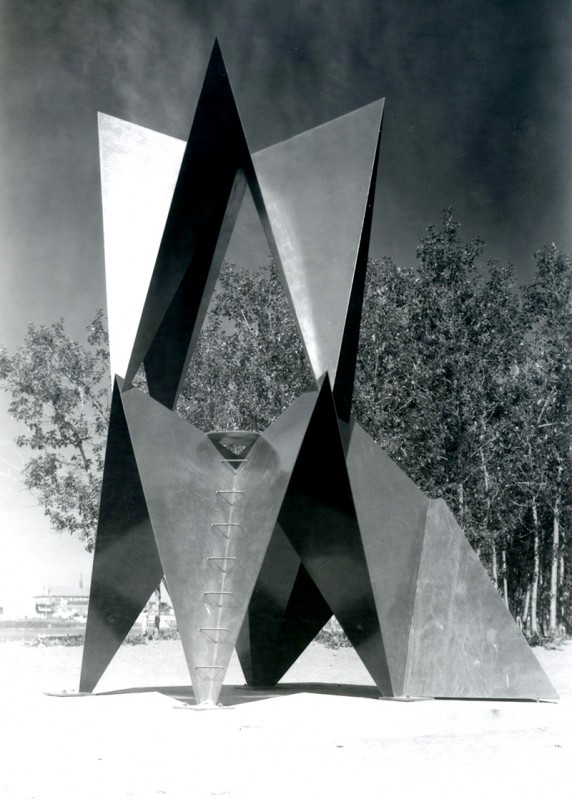 After a classical education at the Séminaire de Rimouski, Delphis Bélanger continued his studies at the École des beaux-arts de Québec from 1962 to 1966. In 1971, he settled in Matane and began teaching art and photography at the local Cégep – the beginning of thirty-two years with the school. Initially the coordinator of the art and photography department, he later became the provincial coordinator of art programs. Bélanger creates wood sculptures, but works primarily in metal to create pieces such as Sans titre, a steel sculpture completed for the Symposium de sculpture de Matane in 1975. His monumental works are found in Parc des Îles de Matane, at the Sûreté du Québec station in Amqui (1981-1982), at the CLSC de Grande-Vallée and at the Hôpital de Maria. As a sailing enthusiast, Bélanger also collaborates on projects in the painting of boat sails, particularly with the Souffle Artistique trio. In addition, he built a replica of a Viking longship, a vessel once used for trade and exploration; Le Knorr was completed as part of the celebrations during the 1984 Québec-Saint-Malo transoceanic race.